Originating from a wide range of East Asia, it was first recorded in the US in Oregon and Maryland, although those populations were eliminated or did not naturalize. However, in the late 1930’s when a York County, Pennsylvania nursery owner planted holly seeds from Japan, mile-a-minute came up with the holly. The owner of the nursery was interested in the plant and allowed it to reproduce; unfortunately, subsequent efforts to eradicate it were not successful. The distribution of mile-a-minute has radiated from the York County site into neighboring states. In the past 55 years, the range for this plant in the United States has extended as far as 300 miles in several directions from the original site and is found in nine national parks, including Shenandoah, which is seen here.

As its name implies, the mile a minute vine is noted for its rapid, smothering growth. 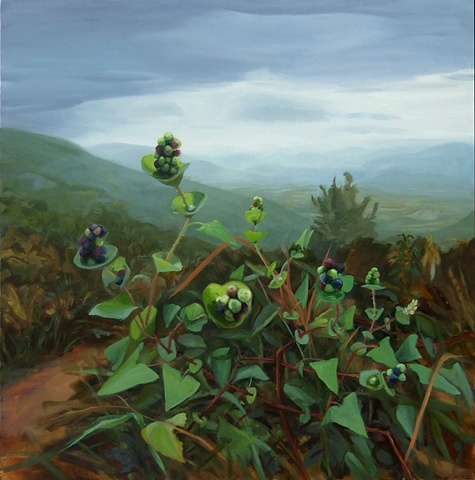